A new start for Reece Prescod 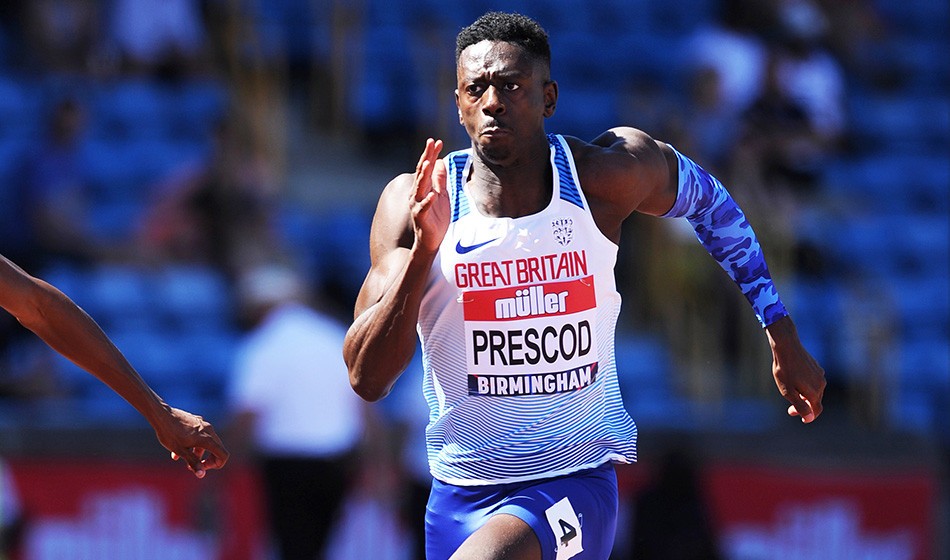 Reece Prescod believes a new and improved start technique will help him enjoy his best season yet.

“Not many people know this but I used about five different starts in 2018,” says the 23-year-old Londoner, who received a lot of help from British Athletics’ biomechanics team.

“I was racing seriously but also experimenting with my start, with different angles, to see what worked best.

“Then I practised it again in the indoor season and ran 6.53 which was good and showed things were going well.”

The European silver medallist was pleased with his first race and believes he will improve during the season. Who knows, this might even be the season when Linford Christie’s British 100m record of 9.87 – set in Stuttgart in 1993 – will fall.

“Why not?” says Prescod. “The guys ran 9.86 the other day in Shanghai and I was in there with them and not far behind. So I think it can be done for sure.”

“I’m lucky I had a good 2018 so I am able to get into the Diamond League events far easier this year than before. It’s a long season so I don’t want to be going too hard too early.”

Prescod was speaking to AW at the Queen Elizabeth Olympic Park during a launch event for the Müller Anniversary Games on July 20-21.

The day saw young athletes being put through their paces on a tumbleator – similar to the one Mo Farah famously fell on during London Marathon week – but Prescod had no similar plans to put his own body at risk and was happy to support others as they
had a go. A similarly cautious mindset means we will probably not see him running 200m much this year. He says he will definitely race it seriously at some point in the future but, for now, he prefers to stick to 100m.

“I have to be careful running around bends,” he says. “I got a lot of injuries in the past due to my size and build and running hard on the bend, so I don’t want to risk that again. But I will run one seriously at some stage.”

Until then, Prescod will focus on 100m. His new and improved start gives him greater confidence than ever before, but what is his advice for young sprinters when it comes to starting?

“Just keep it simple,” he says. “Don’t overcomplicate things. When I was young I just used to pop up, look at the sky and just run. It’s only really when you get down to maybe sub-10.3 or 10.4 level that you need to start focusing on it a lot more.”

When he looks back on his technique from his teenage years, what does he think now? “I just laugh when I look back at it!” he says.

» Tickets to see the best athletes in the world at the London Stadium on July 20-21 at the Müller Anniversary Games are available at britishathletics.org.uk